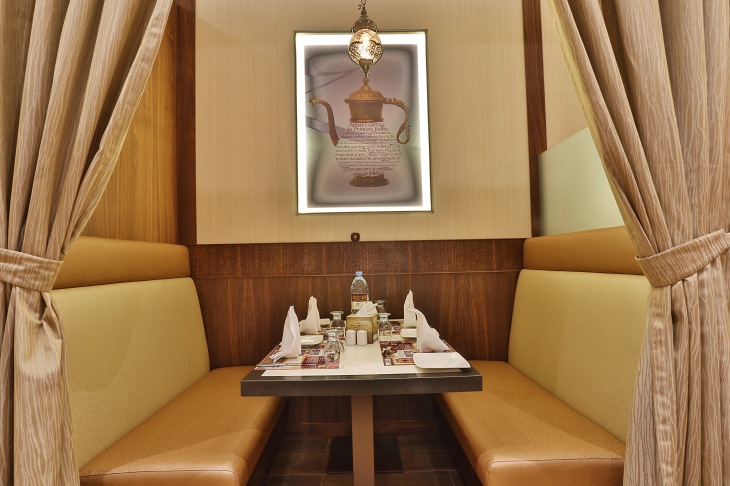 Gazebo, the award winning Indian restaurant that has been consistently serving fine North Indian cuisine, recently opened five new outlets in UAE. And now it has 17 restaurants across UAE. I had the pleasure of dining at their flagship restaurant in Al Mankhool recently.

Gazebo offers traditional recipes from the royal kitchens of Lucknow, Awadh and the North Western Frontier, which were ruled by the Dum Pukht cuisine.

Dum cooking is done with live coals placed in layers under the cauldrons to impart just the right amount of heat to cook a particular dish. This, like many other little details are part of the trade secrets, which have been passed down from one generation to the next.

At Gazebo you can expect authentic Indian dishes prepared by chefs, who are descendants of the bawarchis and rakabdars, presiding over the Mughal kitchens.

The Indian inspired interiors of the restaurant is traditional, regal and elegant. The upholstery, the paintings and the lighting adds an element of beauty to the place.

The extensive menu has a wide range of traditional culinary delights and biryanis for which it is well known. Gazebo has perfected the Dum Pukht style of cooking, where food is cooked on a low flame, trapping the natural flavors inside.

Gazebo’s menu offers great options for both vegetarians and non vegetarians. As we are vegetarians, we only ordered veg food. 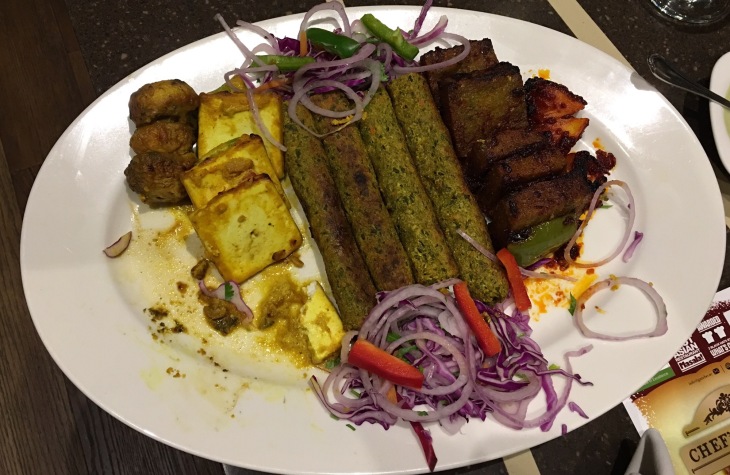 We ordered a Platter of kebabs and it consisted of paneer tikka, shahi mushroom, subzi seekh kebab, saundhe aloo and methi malai seekh. Each and every  kebab was deliciously different. 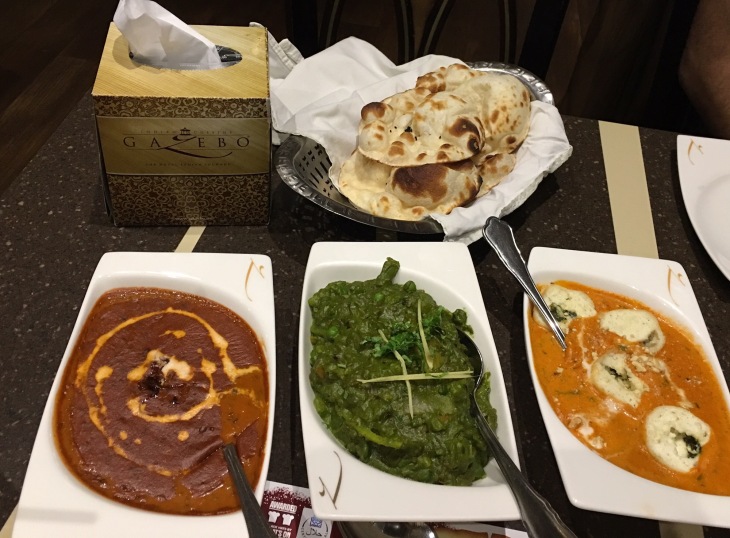 Dal-E-Khas is the dal Makhani slow cooked with whole urad dal, tomatoes, spices and home churned butter. It was tasty and flavorful.

Subzi Milaoni had a melange of veggies, cottage cheese  and spices in a spinach gravy. This curry was way too spicy for my taste buds.

Paneer Makhani Kofta was a bit on the sweeter side, but it was amazing. It had spinach stuffed cottage cheese roundels in a tomato gravy topped with butter.

Taftan is a soft fluffy bread made of white flour enriched with milk and yogurt topped with sesame seeds. It went well with all the curries. 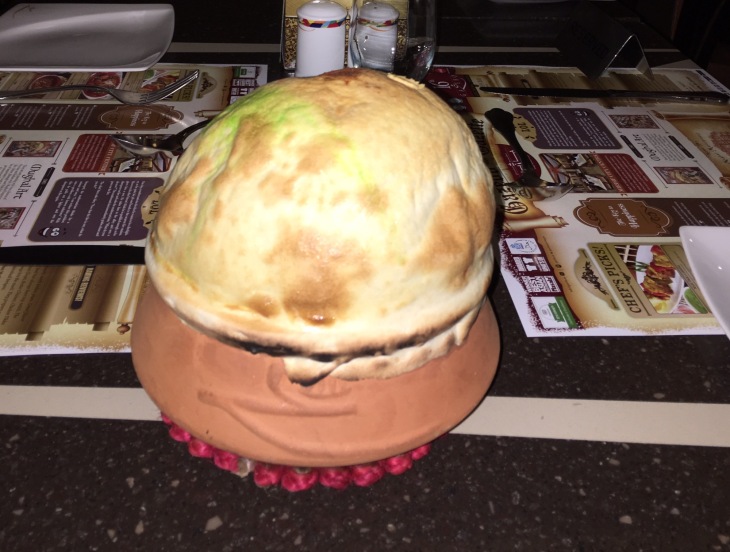 Subzi Masala Biryani was beyond amazing, I’ve been having their biryani for past 14 years and I have never been disappointed. Gazebo serves one of the best biryani in Dubai. A definite must-try. 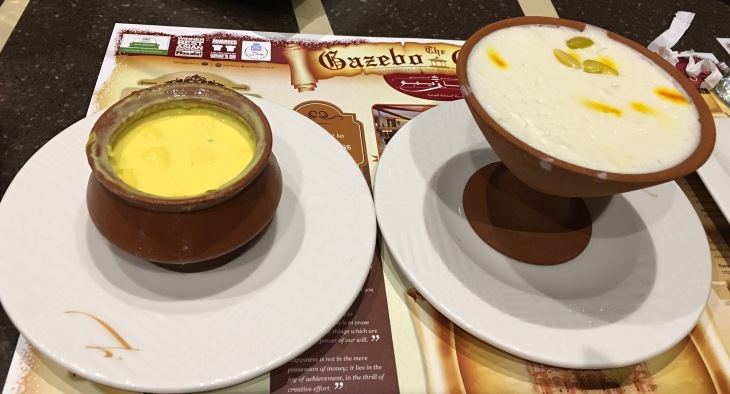 For authentic, traditional and delicious North Indian cuisine, Gazebo is the place to go. Conveniently located all across UAE, they also offer gift vouchers , do deliveries and catering.