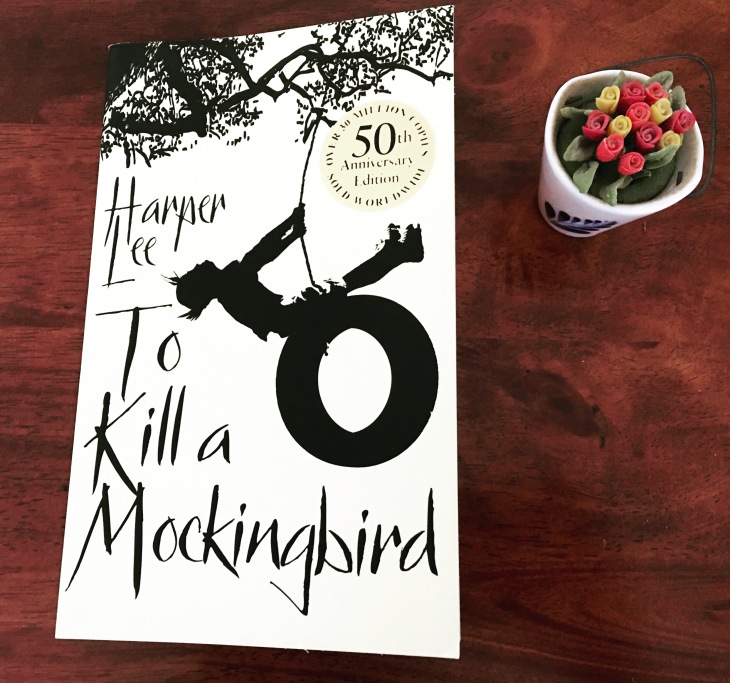 I first read this book when I was a teenager and reading this book now, when I am older and bit wiser made me realize, what a wonderful piece of literature it is-unforgettable characters and great plot. The book might have been published in 1960, but it still strikes a chord with the readers.

To Kill a Mockingbird is a hugely successful novel written by Harper Lee. The novel won the Pulitzer Prize. It has become a classic of modern American literature. The book is widely taught in schools in the United States of America as it emphasizes on tolerance, courage and compassion.

The novel was also made into an Oscar-winning film in 1962.

To Kill a Mockingbird is a novel about growing up in southern USA in the 1930’s. The book is about three years in the life of  two children and their father in a small town in Alabama. The first part of the book is mostly about the children growing up and the second part is about their father an attorney defending a black man accused of raping a white woman. You get the perspective of the trial from the children’s point of view.

There is humour as well as tragedy. To Kill a Mockingbird is a rich and remarkable novel. A definite must-read atleast once in a lifetime.

Some of the quotes from the book that I love:

“You never understand a person until you consider things from his point of view…until you climb into his skin and walk around in it.”

“People generally see what they look for, and hear what they listen for.”

“The one thing that doesn’t abide by majority rule is person’s conscience.”

“People in their right minds never take pride in their talents.”

“Until I feared I would lose it, I never loved to read. One does not love breathing.”